The SS4000E and SS4200E can suffer failed raid array after sudden power cut or shut down. This can leave the Global Disk Status Light Blinking LED and System Status Light glowing Orange. In the user console a Disk Change Notification failed screen will probably be displayed when accessing the drives. User data will be inaccessible with failed RAID array. In the end it can leave you unable to access the device through the web interface or by using the storage system console. 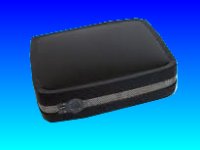 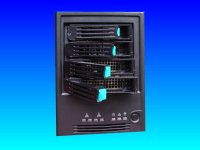 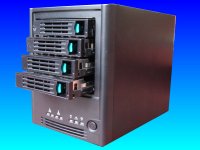 Firmware upgrades can also upset the RAID array even though non of the SATA hard disk drives have failed.. We had reports from those whose Raid crashed. They could power cycle the box and it starts to boot up and access all four drives. However it then stops booting leaving the system status yellow, and global disk led flashing yellow. All drive lamps are off.

A critical error has occurred - call or email us for a quote and switch off the system. Probably one of the following problems
- Hard disk failure
- Operating system boot failure
- System board failure
- Hard disks are not configured
- Power supply failed

If the disk LED lamp is solid yellow, a serious problem with the disk might have occurred. Call or email us for a quote and switch off the system. We can successfully recover the data from these devices so call or email us now for a quotation.